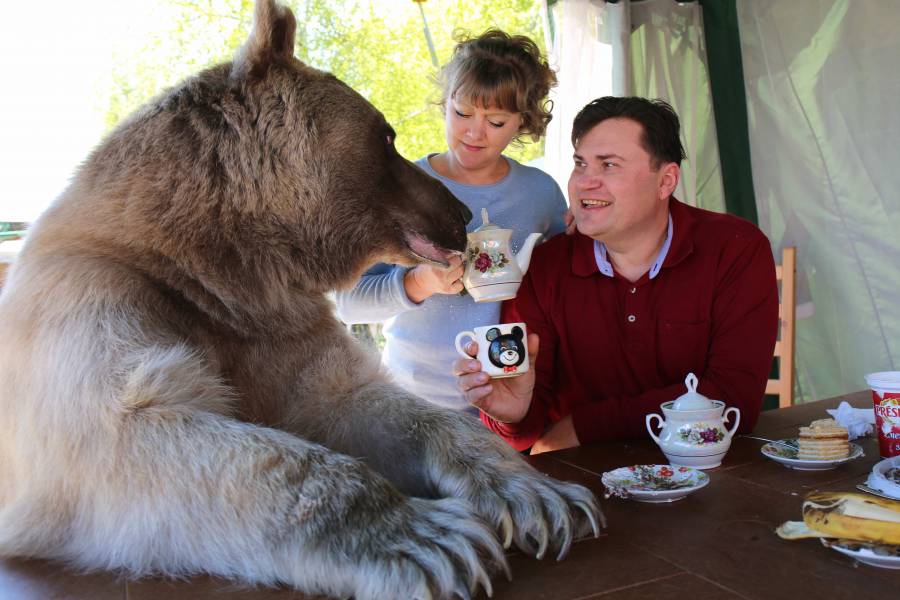 Sales build as focus on ‘talent, topicality and timing’ generates pipeline of fresh and original entertainment

Orange Smarty, the independent distributor that specialises in multi-platform factual content, reports buoyant sales for its growing slate of co-funded shows, with a string of global deals for Claimed and Shamed, Call the Cleaners and Bear About the House: Living with My Supersized Pet.

The Brighton-based company has also announced that it will be investing in the second series of Paul O’Grady’s Little Heroes, produced by talk-show host’s production company Olga TV. The heart-warming series, which premiered on ITV in August 2018, sees O’Grady spend time with the remarkable children being treated at Great Ormond Street Hospital, and the inspiring staff who care for them.

Sales have been closed for series seven, eight and nine of Claimed and Shamed (40 x 45 mins) with TV4 Sweden, while RTL Croatia has taken series seven and eight of the long-running BBC One hit. Produced by Curve Media, Orange Smarty invested in all four seasons of the Ore Oduba-fronted series, which exposes conmen, scammers and cheats as they fiddle claims in the hope of bumper pay-outs.

TV4 Sweden, Discovery Turkey and Russia, Sky Prime/Vibe New Zealand and Discovery Asia have also acquired both series of Call the Cleaners (12 x 30 mins) — another Curve Media series backed by Orange Smarty funding. The first season of the show, which pulled in more than three million viewers for ITV, has also been brought Virgin Media, Ireland, Discovery Poland and inflight operator Global Eagle Entertainment for KLM. Meanwhile, Poland’s Polsat has picked up the second season of the extreme-cleaning show, which follows the UK’s ‘fourth emergency service’ as it tackles the nation’s worst cleaning nightmares, from crime scenes to squalid homes to toxic toilets. – The distributor is also in current final negotiations on other multiple territories.

Orange Smarty’s investment in Barcroft Productions’ 60-minute film Bear About the House: Living with my Supersized Pet has also paid dividends in the form of sales to TV2 Denmark, Medialaan, AV Jet, MCOT Thailand, Ceska Televize Czech Republic and TVN Poland. Originally produced for Channel 4, the show asks why some people chose to own pets — enter Stepan, a seven-foot, 55-stone Russian bear — that could feasibly, and easily, kill them.

Karen Young, founder and CEO of Orange Smarty, said: “These days, for a show to be commissioned, funding from numerous sources is essential. For us, this has created a virtuous circle: not only does it give us control of our own content pipeline, but it has resulted in closer working relationships with both our producer partners and our established and growing network of international buyers. That, in turn, means we’re aware of projects in gestation seeking investment, as well as the investors likely to be interested in those upcoming shows. All this demonstrates that, if the ‘Three Ts’ — talent, topicality and timing — of a project are right, smaller distributors are better equipped to keep pace with today’s fast-moving entertainment business more than ever.’

In the last six months, Orange Smarty has ramped up its investment in original content, co-funding multiple projects, including BBC Panorama: Stacey Dooley Meets the Isis Brides. produced by True Vision Production for BBC One; The Real Prime Suspect by Monster Films for CBS Reality; Inside Jaguar: A Super Car is Reborn by Jungle TV for Channel 4; and Meghan and Harry: Baby Fever with ITN Productions for Lifetime/A&E Network, RTL Netherlands and Nine Network Australia.