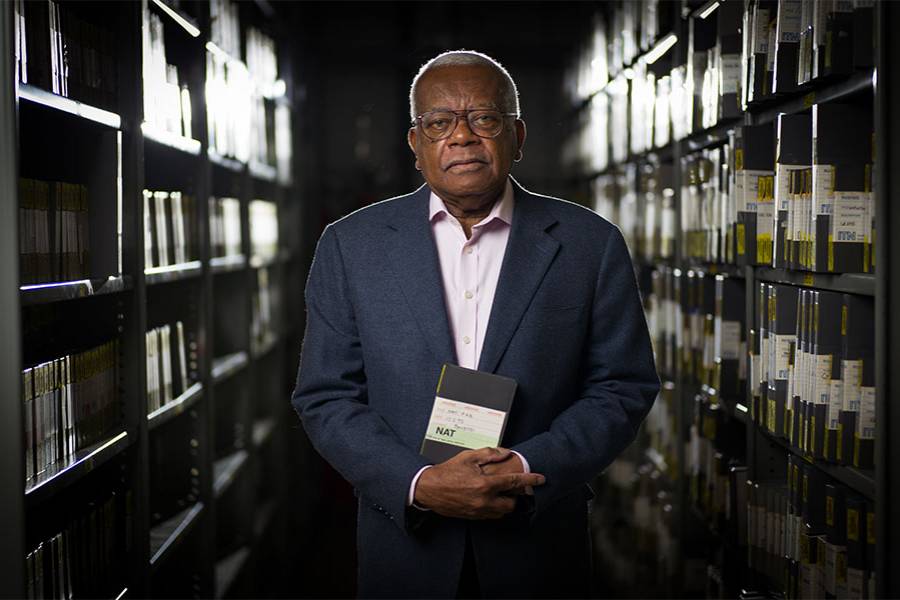 Orange Smarty, the Brighton-based independent distribution company that specialises in multiplatform factual content, has closed a string of sales with broadcasters across Europe for its slate of primetime UK documentary films. Initiated at MIPTV in April, the deals with DR Denmark, SVT Sweden, VRT Belgium, KRO-NCRV Netherlands, Ceska Televize Czech Republic and were announced today by Karen Young, founder and CEO of Orange Smarty.

Denmark’s DR has acquired a package of documentaries from Orange Smarty, including Trevor McDonald and the Killer Nurse, Wildman to Ironman and three titles from award-winning UK producer True Vision: Born on the Breadline, Behind Closed Doors: Through the Eyes of a Child and Stacey Dooley: The Young and Homeless.

In the 50-minute documentary Trevor McDonald and the Killer Nurse, produced by ITN Productions for ITV, respected journalist and newsreader Sir Trevor McDonald investigates the chilling case of one of the UK’s worst serial killers - Beverly Allitt - the young nurse who murdered and abused several children in her care.

Also commissioned by the BBC, One Tribe’s Wildman to Ironman follows Dirty Sanchez star Matt Pritchard on his journey from Wales’ favourite party boy to ultra-fit endurance athlete. In the 52-minute film, Pritchard takes on his biggest endurance challenge yet: turning the Welsh border and coastline into one enormous triathlon route. His aim was to be the first person to swim, cycle and run around the country he calls home — and to do it in just 14 days.

Born on the Breadline, a film produced for Channel 4’s Dispatches strand, reveals that more than 35,000 UK parents are now turning to baby banks to provide their children with essentials like nappies, clothes, food and prams. Children are also at the heart of BAFTA-winning director Anna Hall’s powerful 60-minute documentary Behind Closed Doors: Through the Eyes of a Child, made for BBC Two by True Vision, Yorkshire. The film tells the stories of children who have witnessed domestic abuse, and the ongoing effect that this has had on their lives.

Stacey Dooley: The Young and Homeless is a sensitive observational film that follows three young people as they navigate their way through teenage life without the security of a home. The 59-minute film for BBC One, presented by Stacey Dooley MBE, has also been acquired by VRT Belgium and SVT Sweden.

Meanwhile KRO-NCRV in the Netherlands has acquired Dirty Vegan for NPO3, made by One Tribe and commissioned by the BBC the brand new series looks to prove that Vegan food can make you fitter, stronger and healthier as well as taste great.

Ceska TV in the Czech Republic has taken a trio of documentaries, including Living with My Supersized Pets. The 60-minute film from Barcroft Productions for Channel 4 explores why some people choose to own pets - such as bears, crocodiles or one-ton buffalos - that could feasibly (and easily) kill them. On the other end of the animal spectrum is Meet the Hedgehogs(3 x 60 mins), an Athena Films production for Channel 5. Set in the Amazing Grace Rescue Centre founded by Dr Brian May of rock band Queen fame, the series introduces viewers to the amazing world of the humble hedgehog.

Also headed for Ceska is English National Opera’s interpretation of Berlioz’s first opera, Benvenuto Cellini. The 2.35-hour performance, directed by Monty Python’s Terry Gilliam, was described in The Times newspaper as “the operatic romp of the year”. The opera tells the story of the infamous and celebrated 16th-century goldsmith and sculptor Benvenuto Cellini.

In other MIPTV deal news, Orange Smarty has also sold the new series of A Place in the Sun, Channel 4’s evergreen property-search format produced by Freeform Productions, to Ananey Communications in Israel, Medialaan in Belgium, The Home Channel in South Africa and BBC Poland.

Karen Young said: “Our company name, Orange Smarty, is all about being different from the rest and these latest sales underline just how effective difference can be when it comes to factual content. People don’t want the same old, same old. They want to be surprised and intrigued and challenged. That’s what the docs on our slate deliver - and this response from buyers across Europe shows that we’re not the only ones who believe in the power of different.”