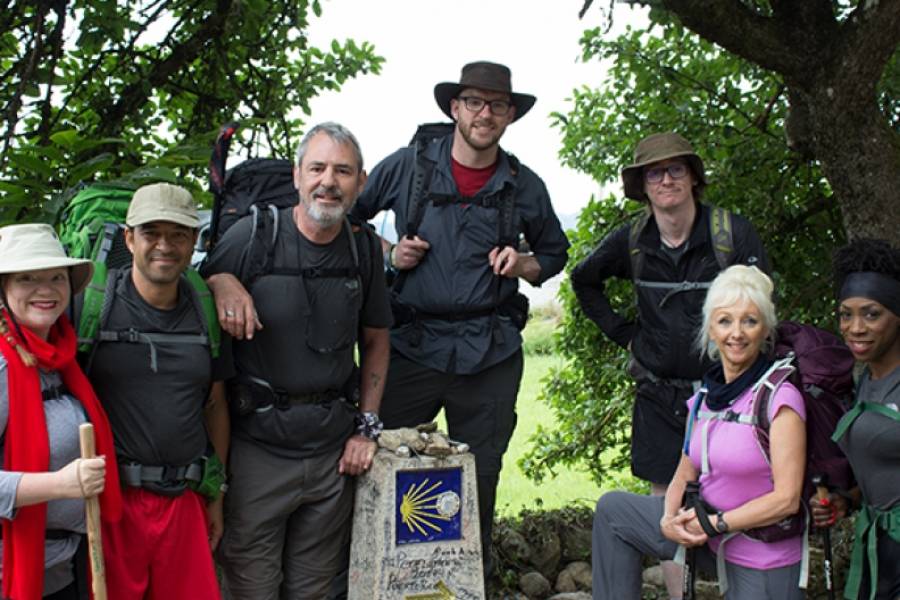 Set up in 2013 by former Electric Sky commercial director Karen Young, the A Place In The Sun distributor’s fledgling formats arm, which was launched last year by former Argonon exec Lynn Lugsden, now has more than 20 titles.

“The formats book has been ripped up. There is now a massive calling for factual formats that look outside the cooking and dating spaces,” she said.

“This gives indies an opportunity to make content go a lot further. Rather than solely striking linear sales deals, we now think about how we can make shows work in territories that might not normally buy English-language programming.”

Young said international broadcasters are “very interested” in the C5 offering, while formatting Pilgrimage, in which celebrities are stripped of their everyday comforts to hike to the shrine of St James in Spain, is an unconventional move that has also sparked discussions.

“US broadcasters are very keen to make their own versions of certain programmes, so these shows give us an opportunity to speak to those players,” she said.

A strong formats division also makes strategic sense for a midsized player like Orange Smarty, allowing it to “manage the licensing landscape” and the jigsaw puzzle of holdbacks.

“For example, Australian broadcasters like to run the finished programme and see how it rates before betting on the format, but it’s the reverse elsewhere,” said Young.

“Having both the finished tape and the format for a show means you can avoid the pitfall of not being able to sell the finished programme because you have optioned it as a format, or vice-versa.”

“You have to be careful in terms of financing and ensure you’re bringing in funding from international territories, or else you can very quickly create a big hole for yourself”
Karen Young, Orange Smarty

The distributor, which has £500,000 for content in the next year, is increasingly coming in early on projects, “moving alongside the commissioning strategy”.

“You have to be careful in terms of financing and ensure you’re bringing in funding from international territories, or else you can very quickly create a big hole for yourself,” Young warned.

She noted the company’s strength in specialist factual amid rampant vertical integration across the UK’s distribution landscape.

“That has been key for us – if your brand is known for certain things, that specialism stays with you,” she explained. “We are not looking to grow into a massive company.”

Fast-turnaround current affairs docs hit the “sweet spot” for a boutique business, said Young. “One of our strengths is that we can make a decision very quickly. Within hours, a project can be marketed, with deals coming through the door.”

While 2017 was Orange Smarty’s “coming of age”, 2018 promises to be “even bigger” due to a drive towards more package deals of programmes and series instead of single sales.

Orange Smarty – which comprises a seven-member team that operates virtually – had a turnover of £1.9m as of April 2017 and more than 1,000 hours of programming in its catalogue, according to Broadcast’s 2017 Distributor Survey.

While just 1% of its catalogue is non-UK content, Young said the distributor is keen to expand internationally via content acquisitions from English-speaking countries such as Australia, Canada and the US, and eventually Asia.

“The reason we are looking abroad is because we want to invest in long-running series. In the UK, many of the production companies that have those levels of commissions are either tied to super-indies or have first-look deals in place. Getting series is much harder,” she said.

Asian broadcasters and digital players such as China’s Youku Tudou also provide ample opportunity for digital sales, said Young, noting that they are “key to the strategy going forward”.

Orange Smarty will also launch its first YouTube channel at the end of the month, with another two launches by the end of the year as part of a drive to “maximise older content”, said Young.